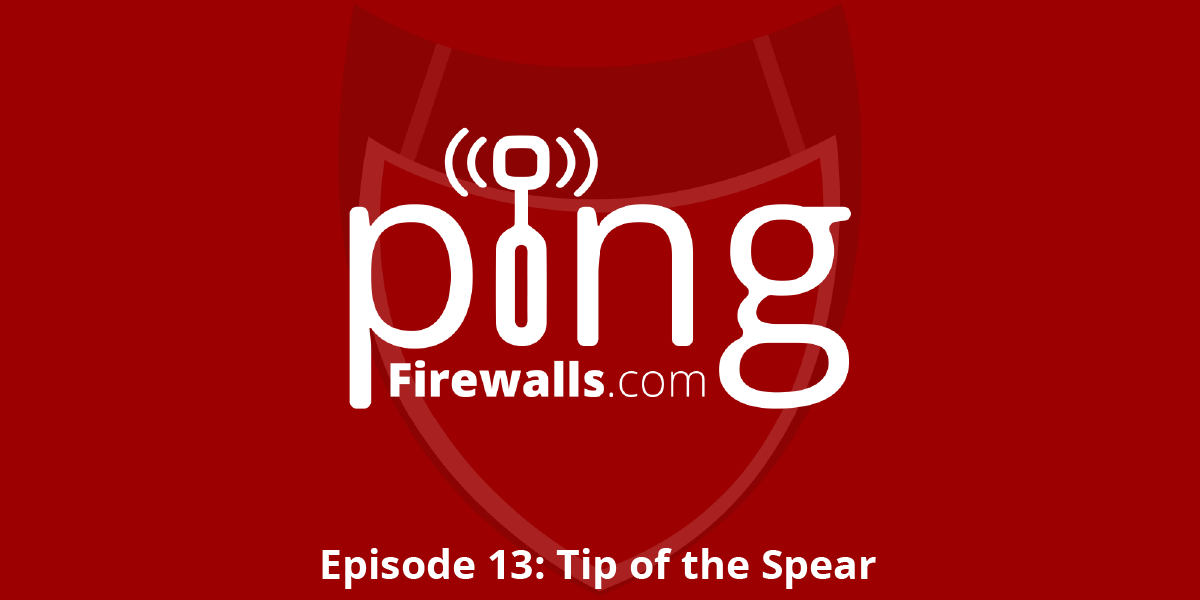 Episode 13: Tip of the Spear

We went into this episode with our heads in the cloud, specifically the Office 365 cloud. But as we spoke with SonicWall’s Matt Brennan, we not only learned about a spearphishing campaign that targeted O365 late last year, we also learned why spearphishing – and the related issue of business email compromise – has been among the most financially successful forms of attack for hackers over the past decade. We also heard a real-life example of what happened to a clothing retailer just last year following a breach. And on a brighter note, we talked about how to prevent these email-based attacks from ruining your business, with a look at SonicWall Cloud App Security as part of a layered approach to network protection.

Read Matt’s blog about the Office 365 attack, and learn more about Cloud App Security right here on our blog and on episode 1 of Ping.

In our Headlines, we talk about yet another way emotet could get you (via Wi-Fi), some malicious Chrome web extensions also known as malvertising, and why lawmakers and the Government Accountability Office are worried about the cybersecurity of the 2020 Census.

Or just about anywhere you prefer to listen to podcasts (Apple Podcasts, Spotify, Google Podcasts, Stitcher, Overcast, TuneIn, iHeart, Pocket Cast, Castro, Castbox, Podchaser, YouTube, and of course via RSS, to name a few). Remember to subscribe or follow where you can to get the latest episodes as soon as they’re released, and rate and review us as well!

New episodes are released every other Wednesday. Have a special request for a topic or a question for our network engineers to address? Email us at podcast@firewalls.com and it could be on our next show!