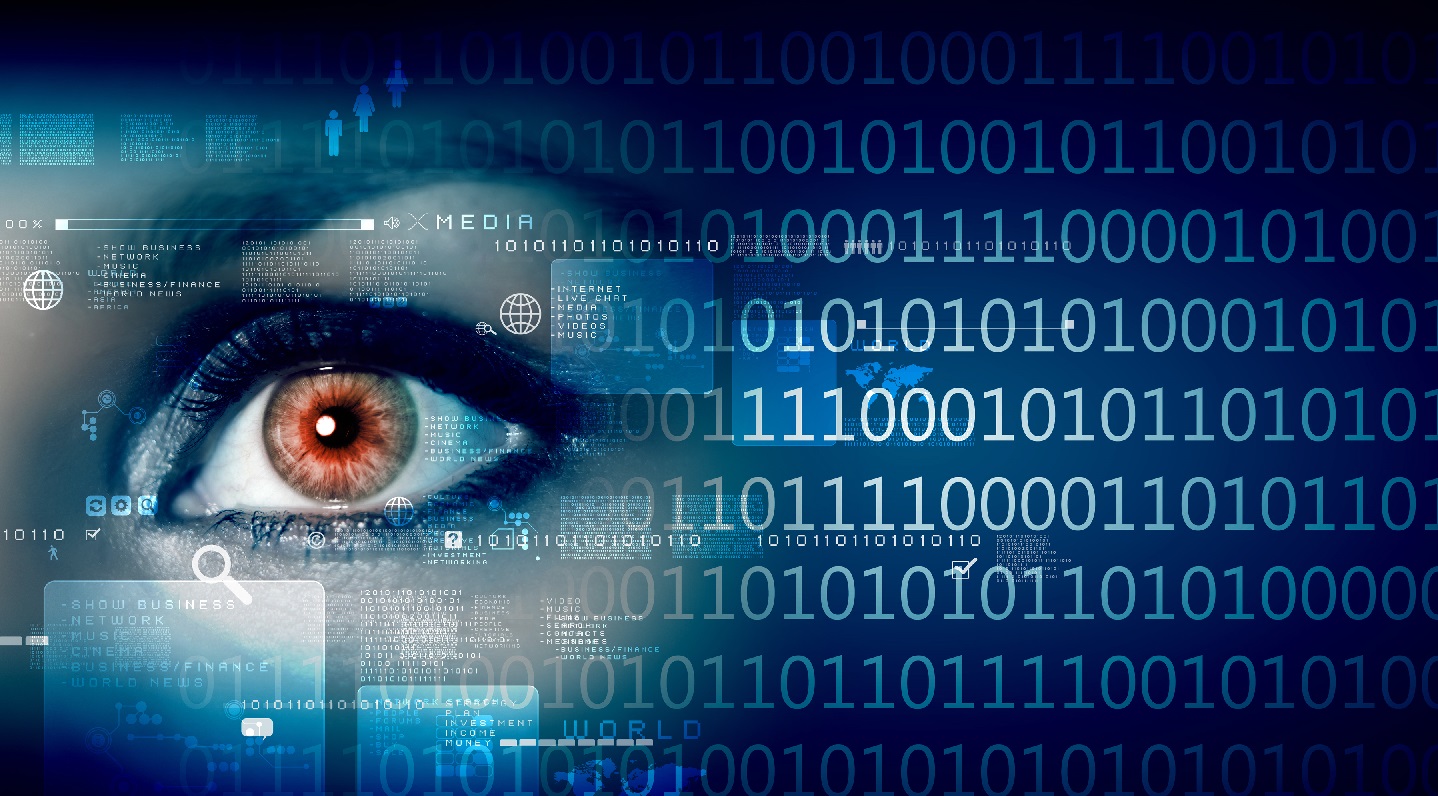 The 2018 SonicWall Cyber Threat Report was just released and we’re here to break down this massive report into bite-size morsels for you to chew on. Each year, SonicWall Capture Labs publishes an in-depth look at the trends, changes, & tech that shaped the cyber threat landscape over the previous year and they use their findings to predict the volatile threat landscape that organizations can expect to traverse in the coming year. Predict your own cyber security future by understanding these 5 key takeaways from the 2018 Cyber Threat Report.

Wave goodbye to the cyber security war that you once knew. No, it’s not over. It’s just a little different now. Despite headline-worthy attacks rocking Europe and North America, 2017 was a year of retreat and regroup for threat actors. No longer happy to play the numbers game, criminals have instead turned their focus towards innovation. While overall ransomware attacks dropped, the number of unique variants increased in 2017.

The number of ransomware attacks detected in 2017 by SonicWall Capture Labs totaled 183.6 million, a 71% drop compared to 2016. Nonetheless, of those detected hits, SonicWall discovered one never-before-seen variant for every 250 known threats it encountered. This means that ransomware is becoming more versatile. In 2018, expect the trend to continue, meaning your organization will be defending from fewer attempts, but each attempt will be smarter and more cunning than previous years.

What does this mean for me?

If you’re not already using a cloud-based sandbox, 2018 is the year to jump on the wagon. Zero-day threats may well become the new norm, meaning you’re only partially protected if you still depend on signature updates and patches. As the threat landscape shifts from quantity to quality, it is paramount that organizations stay ahead of the wave.

Where ransomware has taken a step back to catch its breath, malware filled the void in 2017, rebounding from the significant dip witnessed in 2016. From 2015 to 2016, malware attacks dropped from 8.19 billion occurrences to 7.87 billion, a statistic initially interpreted as a signal that malware was on the decline. 2017, however, saw a roaring return with over 9.32 billion malware attacks logged by SonicWall Capture Labs.

Malware in 2017 did have some unique features compared to past specimens. With the fall from grace of Adobe Flash sweeping a huge category of vulnerabilities and exploits into the trash, malware authors designated Microsoft as their new punching bag. Attacks against old targets like Acrobat Reader and Reader DC are down. Meanwhile, attacks targeting Word, Excel, and other Office products are ramping up.

Second, threat actors have seemingly joined the green movement by making recycling a big aspect of malware lifecycles. No, we’re not talking about scraps of trash, but malware code itself being reused, rehashed, and rewritten. The SonicWall Cyber Threat Report refers to this phenomenon as “malware cocktails.” Such cocktails are created by mixing and matching snippets of code or functionality from several malware kits and splicing them into new Frankenstein-esque creations.

Take your signature-based scans and toss them out the window. It’s high time you switch over to behavior scanning. Most cyber security brands worth their weight are relying more heavily on machine learning, deep system scans, and real-time protection. Both SonicWall’s Capture ATP & Sophos’ Sandstorm make use of the latest deep learning capabilities to identify, probe, and judge data in fractions of a second. Much like our response to ransomware above, the key to steering clear of a malware infection will be in an organization’s ability to stay dynamic.

Speaking of malware, another important shift in the threat landscape is malware’s ability to hide itself behind encryption. Encryption, specifically through SSL/TSL protocol, has accelerated, with over 60% of web traffic now encrypted. Soon, Google Chrome will begin marking all unencrypted pages as “not secure.” All signs point towards a future where SSL/TSL secured sites are the normal and malicious traffic is no exception.

According to the report, organizations that lack the ability to inspect encrypted traffic missed, on average, over 900 attacks hidden by SSL/TSL encryption in 2017. In addition, many attack kits are leveraging custom encryption languages, making it even more problematic to parse out their payload.

Stateful inspection and bad policy configuration are no longer effective if you want to catch all of the attacks. In 2018, an organization will rely heavily on its ability to inspect encrypted traffic. It may be wise to get a second set of eyes to review your NGFW configuration to ensure your network is set up to deal with encrypted threats.

We wrote up a comprehensive article on IoT in 2017 that takes an in-depth look at the developments and dangers surrounding the Internet of Things. Since then, exploits with very scary names such as Meltdown and Reaper have emerged. Unfortunately, IoT-enabled products continue to be produced with little to no regard for cyber security. Expect to see the weaponization of IoT clusters for use in botnet DDoS attacks.

Honestly, we’re not sure. The bad guys have not yet figured out how to best make use of this emergent attack vector. Whatever the future may hold for IoT, one thing we know for certain is that we will one day regret the short-sightedness of pumping all of these network-enabled devices into public hands with scant oversight of security risks. SonicWall Capture Labs has put forth at least one solution, which we’ll outline next.

SonicWall has demonstrated its inventiveness over and over throughout the years with a strong portfolio of patents. Most notable is their patented Reassembly-Free Deep Packet Inspection, a method that allows simultaneous scanning of data chunks through multiple processing engines, changing DPI services of old from bottlenecks into high-speed security checkpoints. In 2018, SonicWall continued their proud tradition of innovation by opening new battlegrounds in the fight against cyber crime in advanced technologies such as IoT, chip-based threats, & mass market malware with the introduction of their patent-pending Real-Time Deep Memory Inspection.

There’s not a whole lot of information about RTDMI released so far, but the few snippets of features we were able to find hinted at potential capabilities. RTDMI is located in the Capture cloud and has been quietly operating for a few months now, so if you’re currently running Capture ATP you’re already under RTDMI’s silent watch.

RTDMI can detect and block malware that conceals its malicious behavior behind encryption. By scanning these encrypted threats in real time and forcing them to expose their intentions in processor memory, RTDMI promises to root out even the best disguised attacks. According to the threat report, the act of exposing, detecting, and blocking these kinds of advanced threats takes place in a timescale of under 100 nanoseconds.

What’s this mean for me?

Again, we’re not sure yet. But you should find this news reassuring at the least. RTDMI demonstrates that SonicWall is already working to solve the emerging threats of tomorrow. We’ll keep bugging SonicWall for more information on and we’ll let you know what we find out about this mysterious new patent-pending tech.

There is one common thread linking all of this information: set-it-and-forget-it is dead. Cyber safety in 2018 equates to dynamic, real-time, advanced tech focused efforts. Still relying on a legacy firewall or bare bones subscriptions? We recommend you start weighing your options. And if this all sounds expensive to you, consider softening the upfront costs by partnering with a Security-as-a-Service team where everything you need to stay secure is provided at a much lower cost monthly subscription. 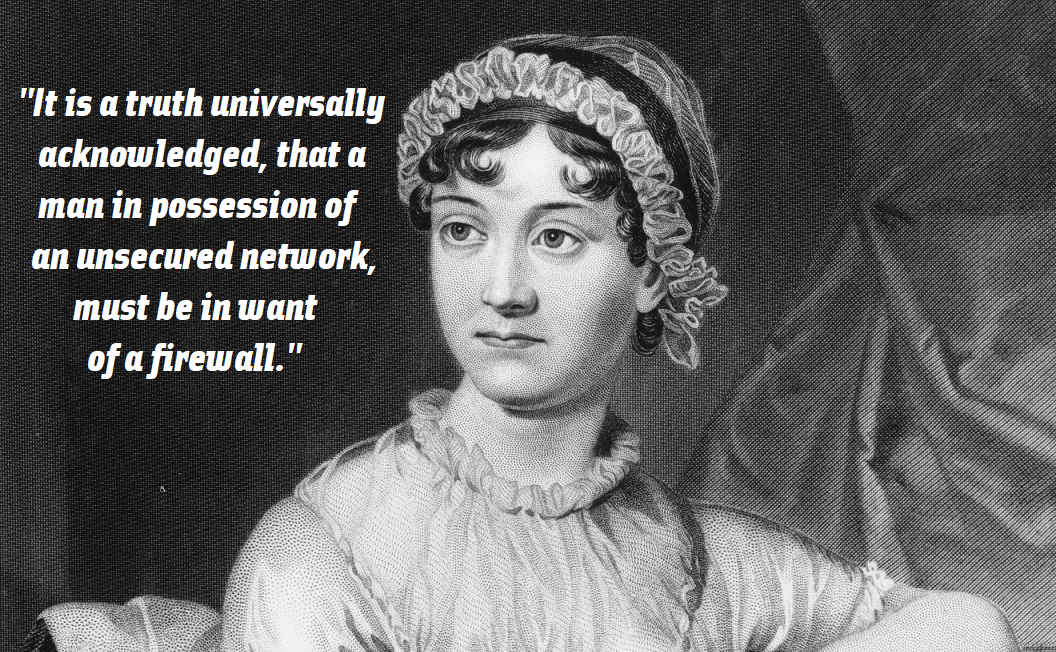 The Jane Austen of Network Security? What on Earth does that even mean?

Well, the similarities are there:

Just as Jane Austen is an indisputable bestseller that can be trusted to fly off store shelves at a regular clip, the SonicWall TZ300 is one of the most popular next-generation firewalls sold across the web. These appliances are in high demand and this week we intend to parse out precisely why the second smallest of the SonicWall TZ series, the TZ300, is a timeless classic.

The TZ300 is designed to provide the Maserati of network protection at the price-point of a Mazda. In short, the TZ300 is the Mazda Miata of firewalls. With the TZ Series, SonicWall committed to making cyber security bells-and-whistles accessible even to the small business owner who may not have the budget squirreled away for the info sec equivalent of a supercar.

The TZ Series utilizes the same code base and many of the same features as the SonicWall SuperMassive series, a series designed to provide security suitable for multinational corporations, hospital campuses, and far-flung remote databases. Not only does this mean that your network administrator will be treading familiar waters if they have previous experience with these bigger, badder SuperMassives, but it also means you can rest assured knowing you have access to some of the same tools, interfaces, and resources that cash-flush networking giants use.

Firewalls have gotten clever. The firewalls of yesteryear amounted to not much more than a lightly-guarded gateway between your network and the outside world. However, the next generation of firewalls saw the rise of new, smarter features designed to up the work load on a firewall’s list of chores.

Next-generation is a designation given to firewalls that act as more than just a slack-jawed bouncer standing in the doorway. Instead, the TZ300 is an active, efficient sentry prowling your perimeter.

The TZ Series was built to work with your system, not in spite of it. A TZ300 added to an existing network can be easily monitored and managed remotely through SonicWall’s Global Management System (GMS). In addition, the sheer ease of setting up secure remote access through VPN tunnels qualifies the TZ300 as a fine contender when expanding networks to accommodate remote users.

The SonicWall TZ300 is scalable because it possesses the versatility required to fill many roles. When the needs of your organization evolve, you can trust the TZ300 to evolve with you.

Perhaps one of the most exciting aspects of the TZ300 is its compatitibility with SonicWall’s Capture Advanced Threat Protection (ATP). We wrote about Capture ATP in a previous blog post, so be sure to slide on over to that article for further details.

Capture ATP is a best-in-class sandbox client included in an Advanced Gateway Security Suite. With cloud-based signature scanning and three separate processing engines to triple-check against known threats, Capture ATP is the gold standard in network fortress-building. Most importantly, it catches zero-day threats like ransomware at the gateway and quarantines the malicious data until you decide its fate. With Capture ATP and a SonicWall TZ300, you’ll leave the next Petya or Wannacry stranded in limbo while your network carries on, uninterrupted.

Start your next chapter

It’s powerful. It’s affordable. It does everything you’re looking for, plus a little more. And that’s just a few of the reasons why the SonicWall TZ300 has secured its title as a best-seller. 1.3 gigs of throughput? Comprehensive security features? A sub-$500 price tag? Much like your favorite book, the TZ300 is a classic that you will keep coming back to time and time again.

for a story you know will end happily ever after.