Over the last year, Google has teamed up with University of California, Berkley and the International Computer Science Institute to collect, analyze, and report data on the contemporary landscape of black-hat email credential theft. In a period between March 2016 and March 2017, Google anonymously inserted themselves into private forums, credential trading markets, and dark web paste sites in order to learn how the bad guys, looking to steal your login and password information, are operating and evolving in the modern era. Or, as Kurt Thomas et al, authors of the study, put it, Google’s newest study “presents the first longitudinal measurement study of the underground ecosystem fueling credential theft and assesses the risk it poses to millions of users.” So, what’s that all mean for you? Let’s break down the numbers and outline 3 major take-away’s from Google’s study to understand how miscreants are trying to compromise your email security.

This study analyzed databases of purportedly stolen email credential information throughout 2016. Of these datasets, roughly 788,000 instances were the result of keyloggers, 12.4 million were sourced from phishing kits, and 1.9 billion credentials stolen in larger data breaches.

1. The Bad Guys Are Staying Up-To-Date. Are You? 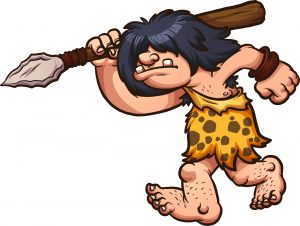 If you’ve considered beefing up your security infrastructure but decided that it’s probably safe to lag a year or two behind the latest technology, you’re being outclassed by the competition. Online black-hat forums distribute pre-built phishing kits and keyloggers with thousands of variants and iterartions to ensure that they stay on the cutting-edge of cyber crime. Google’s study identified over 4,000 different strains of phishing kits available in 2016, and that’s only the variants they DID find.

The bad guys aren’t making off with only information from old, unused, or abandoned accounts. 7% to 25% of recovered credentials matched the current login credentials of the accounts they were stolen from. (Don’t worry, Google made sure to reset any compromised accounts they identified!) Phishing kits in particular showed troubling results in this area: a whopping 25% of the stolen data that Google reviewed matched current, usable login credentials. The study concluded that victims of phishing kits are 400 times more likely to be successfully hijacked than an average user. 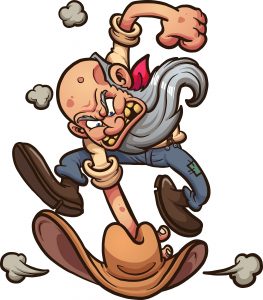 That old prospector was right when he warned us all about the dangers of social engineering in the age of communication. During their research period, Google detected 234,887 instances of potentially valid credentials being transmitted to an exfiltration point (bad guys’ email) per week. Read that statement again. Not 234,887 attempts. 234,887 successful transmissions of potentially valid credentials per week. The estimated success rate for a phishing kit is 9%.

3. “Stronger Passwords” Can Only Do So Much 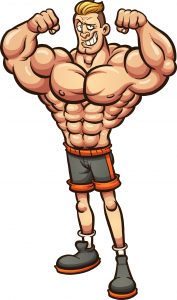 Increasingly, organizations are coming to terms with the fact that a simple login/password combination is the bare bones when it comes to email security. Even hashed passwords based on salt values are proving flimsy under scrutiny, with Google’s report estimating that almost 15% of the stolen credentials in their study were hashed using MD5 and 10% with SHA-1 cryptographic hash functions.

To make matters worse, it can hardly be said that victims are learning from their mistakes. Research indicated that of victims that had their credentials stolen, only 3% later chose to switch to a two-factor authentication process as opposed to a simple login/password combination.

What Can I Do About It?

These numbers may be grim, but so long as organizations are as dedicated to email security as the bad guys are to stealing data, there is hope. Increasing usage of two-factor authentication as well as password management apps mean that the business world’s approach to cyber security is begrudgingly moving past the bare minimum. An even more secure future can be found in various email security subscriptions, encryption services, and anti-virus/anti-spam clients. Here are a couple recommendations for products that can prevent your login credentials from winding up on a black market spreadsheet.

Email encryption is the process of encrypting the content of outbound messages in order to prevent 3rd party entities from intercepting and reading that data. In many cases, this means that the readable plain text has been scrambled into a cipher text which can only be unjumbled by a private key held by a recipient that matches the public key attached to the encrypted data. Email encryption services are usually subscription services that entail additional features and services in addition to message encryption.

SonicWall TotalSecure Email provides complete protection for both inbound and outbound e-mail by providing award-winning anti-spam, anti-virus, anti-phishing, and policy and compliance management in one easy-to-use solution. For larger organizations there is simply no easier way to get complete email security. TotalSecure is a comprehensive package that holistically protects your inbox’s attack surfaces from every conceivable angle of attack by bundling several useful subscriptions together into a single strategy.

Want to see Google’s research for yourself? Download the PDF.