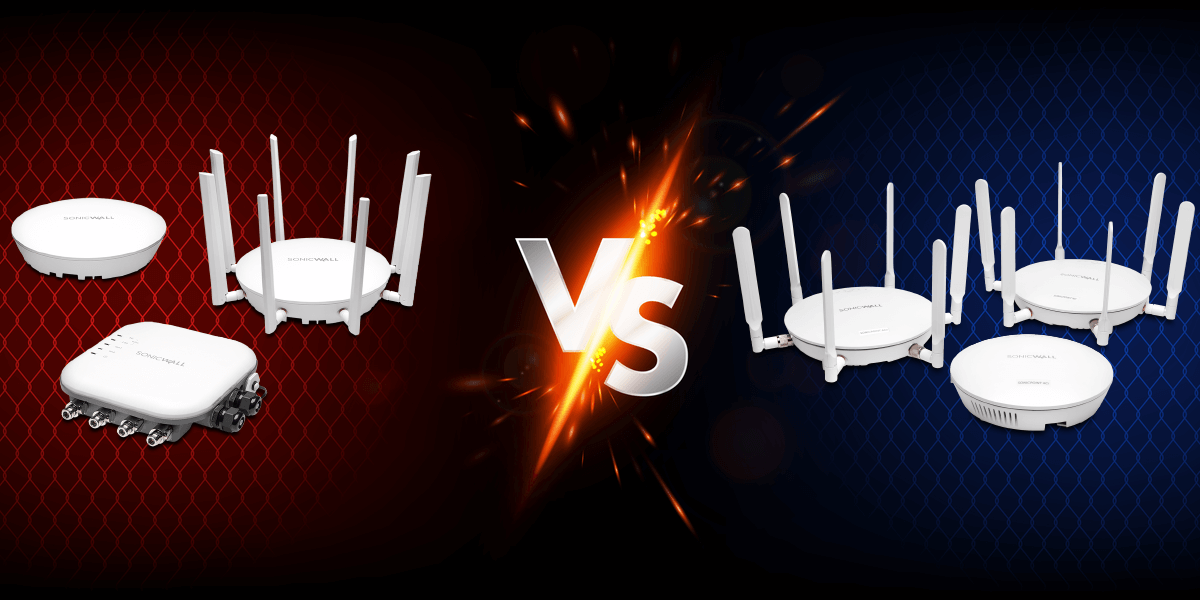 The wave of the future in SonicWall wifi is here with SonicWave wireless access points. To compare SonicWave vs SonicPoint is to compare the future to the past. SonicWave’s predecessor – SonicPoint wireless APs – retired in 2019, but their wifi footprint remains large. For those with active SonicPoint devices or those shopping for wireless networking solutions, it’s worth taking a look at what both model lines have to offer. Let’s compare and contrast SonicWall’s latest wireless line with it’s previous entry into the wifi space.

When it comes to many of the differences between these two model lines, much simply has to do with differences in the technology available at launch date. In other words, older SonicPoints support older performance standards, while newer SonicWaves are ready for whatever today has to offer. Perhaps the biggest difference that puts SonicWaves ahead of SonicPoint APs is support for 802.11ac Wave 2 wireless technology. Wave 2 offers a couple of clearly enhanced capabilities that give SonicWave access points a performance edge: 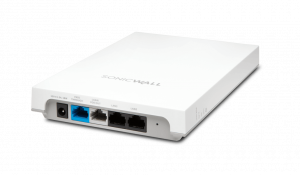 The math is pretty simple there. The larger the bandwidth and the more data streams means more devices supported and better performance. And onto another improvement that relates to Wave 2.

SonicWave models support MU-MIMO instead of SonicPoint’s SU-MIMO. In case you’re unfamiliar, MIMO stands for multiple-input, multiple-output. SU stands for single user, while MU is multiple users. What it’s meant to address is a lag in performance on a network with many users.  The MU-MIMO technology found in Wave 2 devices better accounts for today’s mobile-device heavy environment, while SU-MIMO was designed with primarily laptop usage in mind. MU-MIMO allows a wireless connection to simultaneously transmit and receive data between multiple supported devices at a time, as opposed to just one with single-use. That means better performance, more device support, and a reduction in the dreaded lag.

There are simple physical differences when comparing SonicWave vs SonicPoint models. That is, SonicPoint offered only indoor-capable wireless access points. But the SonicWave series gives you options for whatever your needs, including if those needs include a more rugged appliance. SonicWave has models designed for the traditional indoor ceiling and wall mount, while also offering models specifically designed for outdoor deployments. The SonicWave 231O and 432O are IP67-Rated and feature industrial-grade enclosures meant to stand up to harsh environments. Basically, they can go wherever you need wifi.

These features go hand-in-hand. SonicWall is always taking network security into account with any solution it offers. Both SonicWave and SonicPoint models support wireless data encryption. But the SonicWave series goes several steps further. SonicWaves are designed to integrate with SonicWall next generation firewalls to take advantage of the robust security they offer – like deep packet inspection to block network threats – as well as single-pane-of-glass management. If you don’t have a SonicWall firewall though, SonicWave APs can perform advanced security services, including the powerful, zero-day stopping Capture ATP sandbox service on their own.

And as mentioned, you can manage them through your firewall, or with SonicWall’s WiFi Cloud Manager – an intuitive, cloud-based WiFi network management system ideal for networks of any size.

This one’s perhaps the easiest comparison of SonicWave vs SonicPoint. If you’re looking for new wireless APs, it’s SonicWave or bust. The last SonicPoint models reached end of sale in spring of 2019 (with end of support looming in 2022), so the choice is clear. Shop the SonicWave 200 or 400 series to find the right fit for your networking needs.